Dental Consultant Asks: What Are Staff Up To? 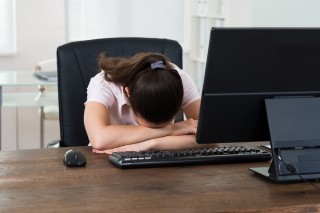 I often talk to clients about the importance of role-playing with your dental staff but that may not be enough. Just because you showed someone how to do it once, doesn’t mean they will continue to follow the procedures you’ve shown them.

I have a client who thoroughly role-plays new staff members on their job duties until they have their procedures down to perfection but then he didn’t follow up on them until a few months later. Instead he assumed that they were doing the job the way he had shown them how to do it. After all, he was paying them a lot of money to do it that way.

So I had the doctor go around his office and pretend he was the patient. He sat in the dental chair and I instructed the hygienist to present him a soft tissue program.

What we found was that hygienist spoke unbelievably fast and never consulted the patient’s understanding. She would just rapid fire off her speech and then ask, “Do you understand?” The patient would just nod like a robot and she would go on.

We found that nearly every staff member in the practice was doing something different than what was taught of him or her. I had to fight the dentist from going off to get stinking drunk.

What this dentist did when he trained them was a great thing. He wouldn’t just show them how to do the job; he would role-play with them until they were absolutely perfect.

But like I said, that’s not always enough. Sometimes you have to perform some quality checks. Get your staff to pretend you are the patient and have them do what they do. It might be an eye opener for you.